Without doubt, 2020 has been one of the most challenging years for everyone in recent history, but especially for those in the world of DevOps. JFrog has strived to continue developing and innovating at the same pace, to give our customers an even better end-to-end DevOps experience, and help customers maintain their drum-beat of on-time releases.

Let’s take a closer look at some of the new features we’ve recently introduced in the JFrog Platform.

JFrog’s partnership with Docker ensures that cloud users of the JFrog DevOps Platform, including those who use the free subscription (available on AWS, GCP, and Azure), won’t face Docker Hub image-pull limits.

JFrog Xray reports enables you to easily triage and take action on the results of Xray scans of your open source packages, builds and artifacts. Each report provides a snapshot of your OSS risk from a particular point-in-time, and displays information in a visually insightful way.

The scope of a report can be configured by filtering by vulnerable components, impacted artifacts, scan dates, CVE ID or CVSS severity score. For remediation purposes, you can also configure reports to display ‘all vulnerabilities’, ‘ones with a fix’ or ‘doesn’t have a fix’. 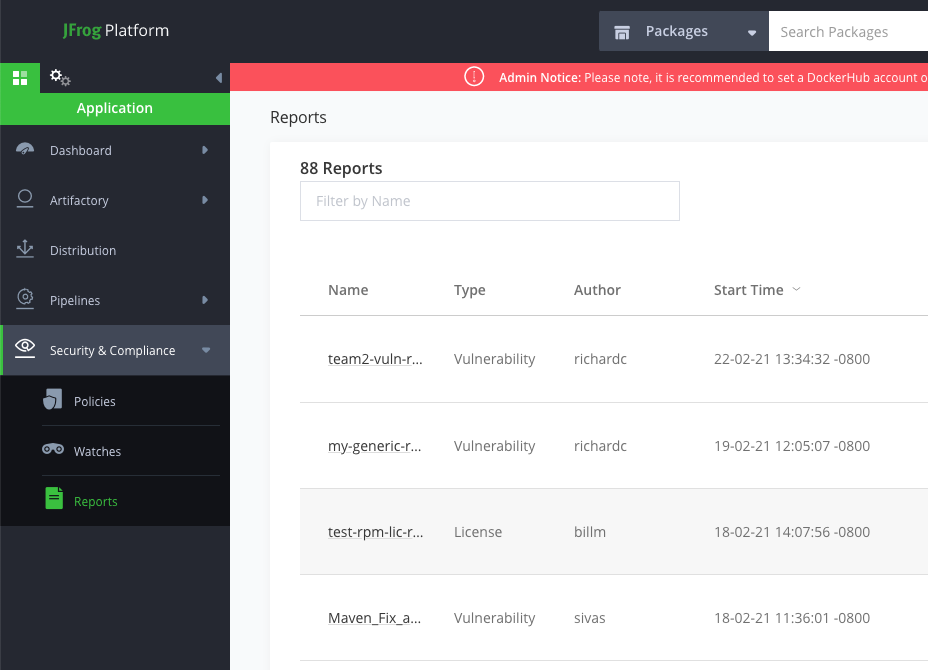 The different available reports include: 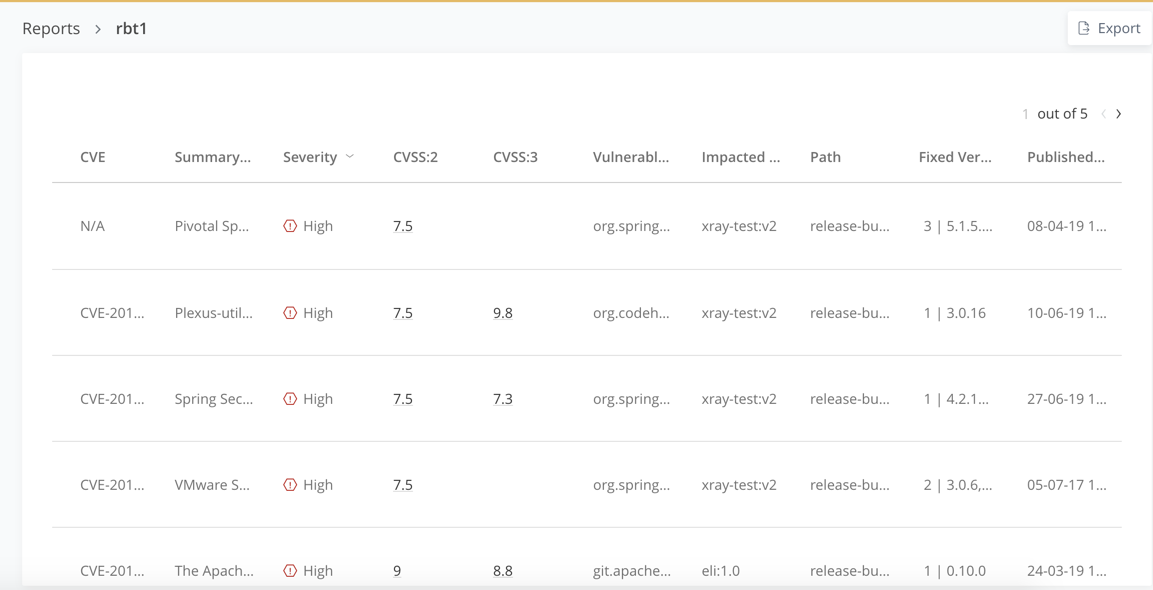 A new permissions role has been added to the JFrog Platform to support this new functionality. It enables permission restrictions on who can create, edit and share reports, and can be assigned at an individual user or group team level.

JFrog Xray ignore rules allows you to whitelist, ignore or accept security violation rules, in order to filter out unwanted violation noise. The rules can be approved to be ignored by different teams and users for reasons such as: 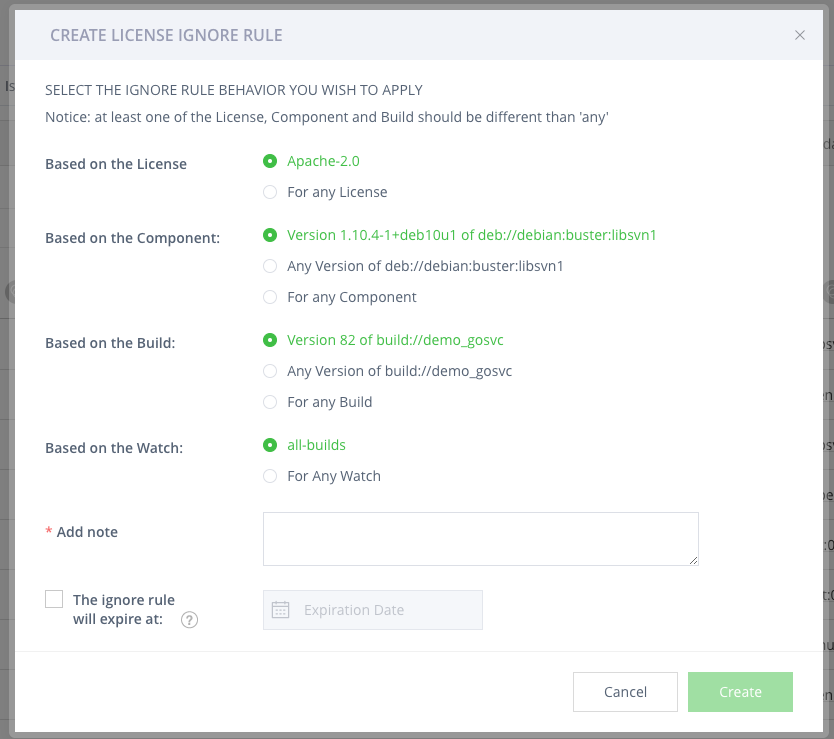 Setting up an ignore rule in JFrog Xray

Ignore rules can be set up to run for a certain period of time, meaning, for example, that you can ignore certain violations for 3 weeks while you ramp up development, after which they will again be enforced.

Set policies to act with a permissive approach

This means that if a component with multiple licenses has one license that fails to comply with a policy rule, but it has at least one other permitted license type, it will go through the scan without triggering a violation.

We have added additional support for RubyGems Bundler clients (“bundle install”). To enable this we added new compact index support for all 3 types of repositories – Local, Remote and Virtual.

We have added support for Helm V3 format. The main change is that the Dependencies are extracted from the Chart.yaml. We also added new fields to the index.yaml – for example dependencies, annotations, types and cube version.

Whether you’re developing cloud-native applications on a public cloud or you’re operating your own self-hosted DevOps infrastructure; you can benefit from these recent enhancements to the JFrog Platform to utilize new package technologies, minimize your risks and costs of using Docker Hub, as well as secure your software releases by detecting and managing vulnerabilities and license violations with JFrog Xray.

Try these new features in JFrog Artifactory and Xray, for free, Self-Hosted > or in the Cloud >