This article was recently published in eWeek, as part of a series of features about women in the IT business.

It all starts with support, whether it was tinkering with a computer at age 4, tunneling with free AOL discs to avoid the “Net Nanny,” or changing majors from electrical engineering to computer science. All of the women in this report have families that fostered their curiosity, education, and championed their talents which brought them to where they are today: Developer Advocates at Sunnyvale, Calif.-based JFrog. JFrog provides software developers with a binary repository management solution.

If there is one thing for certain about the featured “Frogs” in this article is that they have a unifying characteristic: a passion for code. Each has demonstrated a commitment to tinkering with, writing, hacking on and sharing code with the tech community. Each has been present at various conferences and meetups during the last year, and there has not been one instance where they let the community down; no egos, no questions left unattended, just all tech all the time. 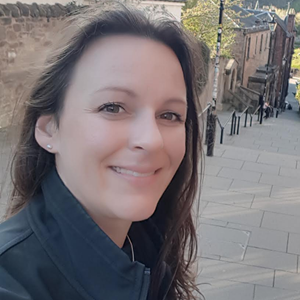 Starting with Melissa McKay, we get a mirror of how tech has transformed for Generation X. Generation Xers grew up when having home computers was a luxury, high schools taught typing, and Brother or IBM word processors replaced typewriters. This was the ’70s and into the early ‘90s.

“There are other ways of counting … besides base 10 … I was like what?!” she said. This “aha” moment that Melissa recalled from her first days in college set the stage for more discovery and exploration and led to the growth of a math nerd into a full-fledged computer geek. The smile on her face and the laughter and asides that accompanied the story of her introduction to coding accurately reflect the persona she is when she presents at conferences. The spark that she felt that day is present when she shares technical content with the community in conference talks, blog posts and has helped propel her to become a Java champion.

“I didn’t even know coding was a thing before college,” she said. Melissa received a computer as a high school graduation gift from her grandfather. She started school with the intent of getting an electrical engineering degree, but after an Intro to Programming class and learning C++, she changed her major to computer science.

The next or current generation of developers grew up with computers not just in their homes but with their own personal devices. Kat and Batel represent this segment of the tech population. 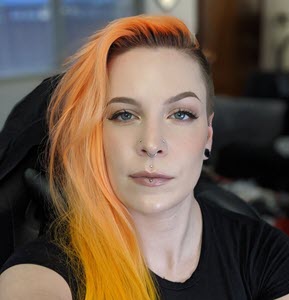 Kat Cosgrove grew up with computers. Her dad was an engineer; they had a computer room when she was a kid, and by the time she was in middle school she was given her first personal computer. This brings us to Net Nanny and Kat’s desire to play internet role-playing games that were blocked by her online parental control. A few AOL free internet discs later, her dad discovered that she bypassed her nanny and was continuing to play IRC games.

“That was my first foray into evading authority with technology, and now I get to do that semi-professionally. That was my first exposure to … I hesitate to call it hacking, but it was definitely subversive at the time,” she said. When her dad found out, he congratulated her for finding a tech workaround for the system he tried to put in place. This led her to creating Geocities sites, then MySpace taught her CSS (due to code appearing in comment boxes), and teaching others how to do the same. Her desire to figure things out and then share that knowledge with her peers hasn’t stopped. She continues to teach others in her DevOps 101 workshops and webinar series. 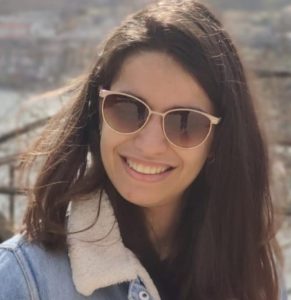 Batel Zohar is JFrog’s newest Developer Advocate, but she has been with JFrog the longest and knows the most about the company’s DevOps Platform. Just like Kat, Batel grew up with computers, and her inquiring mind also had her tinkering on the hacker edge.

“I remember that I was a girl who loved to hack and play with computers when I was a kid,” she said. At 4 years of age, her grandmother gave her a computer, and at 12, her cousin, a computer technician, was asking her to format computers, install games and software. On her own, she was trying to break stuff with injection attacks.

All three developers took their desire to figure out how to break things and make them work and transitioned into having successful careers as developers.

Melissa went to college, took a 10-year break to raise a family, taught herself web design and web application development during that “time off,” and then went back and finished her degree. She has had several roles throughout her career: developer, engineer, team lead and then full-time developer advocate at JFrog.

Kat dropped out of college, also taught herself web design, and then went to code boot camp, taught at that boot camp after graduating, joined the IoT team at JFrog and was recruited after a year by the DevRel team to become a developer advocate.

Batel was a developer in the Israeli Army, working in multiple coding languages. She was a web developer for a short time, then joined JFrog as developer support engineer, moving up to enterprise solution lead and now developer advocate.

In addition to having a passion for tech, all three share a passion for teaching and helping others solve problems. Throughout their development as engineers and developers, they asked questions, took risks in terms of challenging themselves to keep learning and not get complacent, and now are taking that knowledge and sharing it with others in the community.

Empowering others to succeed

When asked how to become successful or what to do as a developer who wants to progress in their career, here is the advice they shared:

Melissa: “Everything that you learn, find someone to teach. Even if you’re a junior developer and you just learned something new, and it’s new to you and you think everyone else already knows it, find a way to teach it to your team. That will help you get more confidence with presenting, public speaking and organizing your thoughts. If you do that enough, you are going to get noticed. You will be that person who people go to when they have questions, you’ll become the expert on whatever area you choose; I think that is a good way to advance yourself.”

Kat: “It’s important for you to get used to asking questions, to get comfortable with it, and understand that asking questions no matter how simple they do not make you look stupid and it does not make you incompetent. It is your senior engineers and your team lead’s literal job is to answer those questions. They are responsible for your development in your career as long as you’re at that company, and as long as you are on their team. Make them do their jobs. That’s a free resource. Don’t sit there and struggle to bang on your keyboard for three hours, just ask somebody. Knowing when to ask a question is a skill and it makes you look smart, not stupid.”

Batel: “You really need to not be shy and a big part of that is asking questions. You may start as a junior support engineer and you may be asked tons of questions you don’t know the answer to; that’s totally fine, because you have resources within your team and the community that can help you. Find a community; it could be within your own team or outside of your organization altogether. Once you learn something new, don’t be afraid to share it with the community, because the more you explain things the better you will understand it.”

You can watch Melissa, Kat and Batel in action at one of JFrog’s upcoming workshops, and make sure you ask questions!