When you’re new to an industry, you encounter a lot of new concepts. We tend to use a lot of jargon, the documentation may be written with someone more experienced in mind or rely on contextual knowledge of the rest of the space, and it often doesn’t explain the “why” for the tool. This can make it really difficult to get your feet underneath you on an unfamiliar landscape, especially for junior engineers.

In this webinar, we’ll break down what CI/CD is — how it solves problems for you as a developer, your organization, and your users. We’ll also go over some of the most popular CI tools out there, and give you a practical example of how to get started yourself.

Start for Free with JFrog> 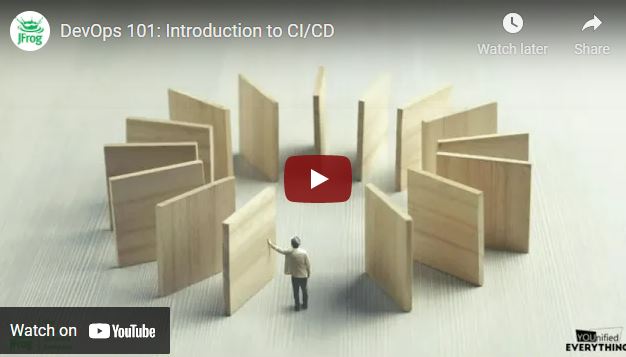 Transcription:
Hi everybody, thank you for joining me on this JFrog webinar, and welcome to DevOps one on one, ci CD.
Let’s get started.
First, a little bit about myself, my name is Kat Cosgrove and I’m a developer advocate at JFrog. Before that I was an engineer on the IoT team here,