NicheStack is a TCP/IP network stack commonly used in millions of Operational Technology (OT) devices around the world, including in critical infrastructure such as manufacturing plants, power generation/transmission/distribution, water treatment, and more.

This blog post will detail these 14 vulnerabilities, which we named INFRA:HALT, and offer recommendations for mitigating them.

NicheStack is a commonly-used, proprietary TCP/IP stack for embedded systems, developed by InterNiche Technologies in 1996. In 2003, NicheStack extended its support to IPv6.

NicheStack serves as the basis for other TCP/IP stacks, and was also distributed in different versions for OEMs including STMicroelectronics, Freescale (NXP), Altera (Intel) and Microchip.

These are the protocols that are currently supported by NicheStack: 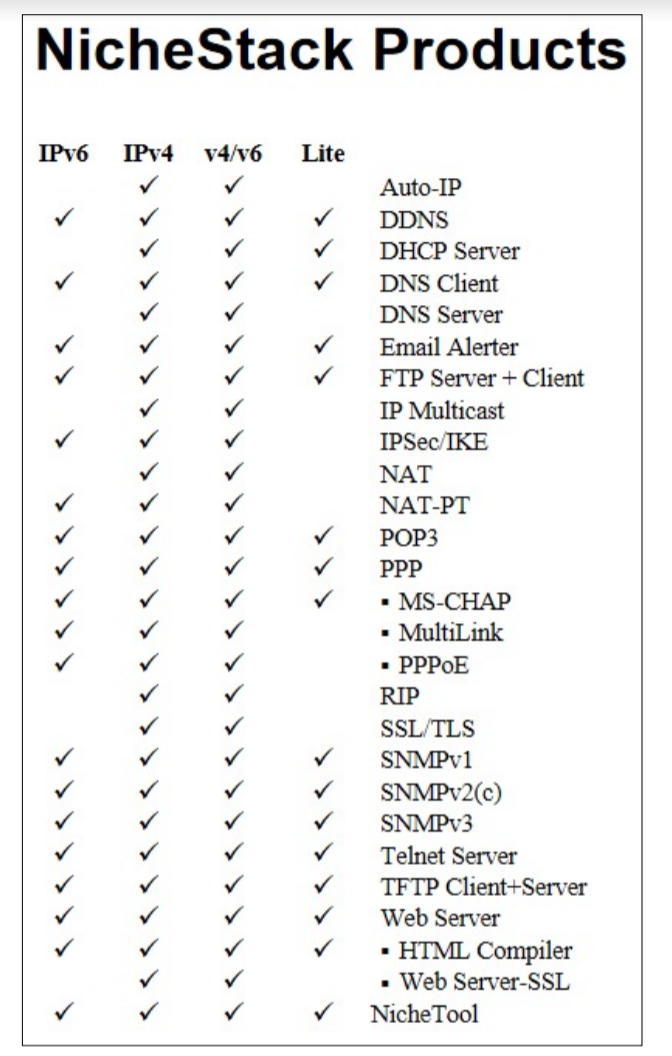 NicheStack is commonly used in OT devices around the world. For example, it is used in Siemens S7 PLCs, which has the largest PLC market share. In addition, according to our research, we found usage among ~200 device vendors, including most of the top industrial automation companies, as well as 6,400 instances of devices running NicheStack according to Shodan search results.

We analyzed two versions of NicheStack: a binary sample of version 4.0.1 (publicly available via the legacy InterNiche website) and the source code of version 3 (publicly available via a website exposing the source files for an embedded project). The binary version was manually and automatically analyzed by JFrog, leveraging both static and dynamic proprietary techniques.

The table below details all 14 newly discovered vulnerabilities that we found. All NicheStack versions before the latest version 4.3, including NicheLite, are affected.

The best way to fully resolve all NicheStack security issues is to upgrade to NicheStack v4.3.

If that is not possible – here are a few practical ways to mitigate the vulnerabilities:

It is our intention to collaborate with the impacted vendors in a transparent manner. We aim to help them identify affected products and prepare advisories for the community. A detailed technical report of the research from JFrog and Forescout can be found here.

JFrog and Forescout research teams will deliver a joint webinar on August 19th, to provide more information about the vulnerabilities, how they were found and how they can be mitigated. For more information and to register click here.

JFrog and Forescout will also be delivering a talk about this disclosure in Hack In The Box (HITB) Singapore later in August.

For more information about delivering secure software to the edge and for the latest updates on JFrog DevOps Platform security features – click here.