JFrog’s annual user conference has just started in San Francisco and the atmosphere is mesmerizing. This conference is for DevOps community members, supported by the major industry leaders, and dedicated to developers, to whom we listen closely every day of the year. swampUP 2019 provides four tracks to allow attendees to tailor their experiences based on their particular areas of focus: Cloud Native DevOps, DevOps for the Enterprise, DevSecOps and DevOps for IoT.

At swampUP 2019, we’re proud to announce the following key product and strategy announcements, following the twelve-month journey since our last swampUP.

The always-anticipated roadmap keynote, delivered by JFrog CTO Yoav Landman and CPO Dror Bereznitsky, revealed that JFrog has released a Beta version of a completely new experience to unify the entire DevOps pipeline into a single pane of glass. All JFrog products –  including Artifactory, Xray, Mission Control, Insight and Distribution – will be managed in one user interface. Further, JFrog is unifying metadata between services so all package and security data is centrally located. The Unified Experience will be the default interaction for JFrog products, and is launching in the second half of 2019. 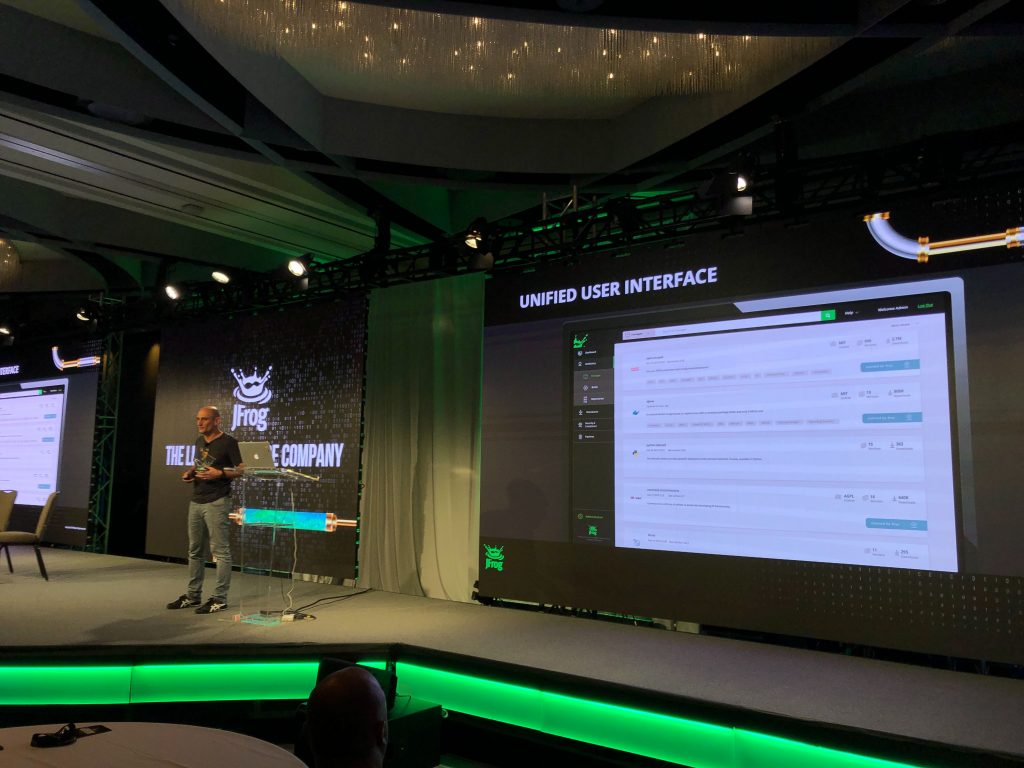 Following the strategic acquisition of Shippable in early 2019, JFrog has integrated the popular CI/CD technology into the JFrog Enterprise+ platform, dubbing the new service “JFrog Pipelines.” Pipelines – currently in technical preview as a feature of JFrog Enterprise+ – is an end-to-end tool that is tightly integrated with the JFrog Enterprise+ platform to automate every phase of development from the time code is ready to be built through to when a release is deployed to production. Unlike other CI/CD tools, JFrog Pipelines is centralized, with a single service able to be scaled infinitely to natively, universally support DevOps Pipeline workflows across an entire organization.

JFrog’s popular DevOps pipeline security scanning and compliance tool, JFrog Xray, now has higher-octane fuel to speed the shift left into DevSecOps. After announcing a partnership with leading vulnerability intelligence company Risk-Based Security [RBS] earlier this year, JFrog Xray has fully integrated data from RBS’ VulnDB, which is widely recognized as the industry’s most comprehensive vulnerability database. All JFrog customers will get VulnDB intelligence embedded within the Xray product immediately at no additional charge.