Feature branch workflows are used to isolate work done on a specific feature in a dedicated branch. This allows all development to be kept away from the team’s common codebase until completion. Essentially keeping the master safe from any risk until it is ready to be merged.

Alongside the code itself, developers also need to manage their feature branch artifacts and dependencies. But, do we actually need to manually create a repository for every new feature branch that we work on? How can we maintain that in an easier way, and perhaps automate the whole process of creation and deletion?

In this blog post, we’ll see how to use dedicated artifact repositories in JFrog Artifactory for your feature branch workflows, and easily automate everything with JFrog CLI.

JFrog CLI is a compact and smart client that provides a simple interface that automates access to JFrog products simplifying your automation scripts and making them more readable and easier to maintain. Specifically we’ll see how to manage Artifactory repository automation using JFrog CLI.

Note: this can also be done using REST API and Artifactory User Plugins

JFrog CLI offers a set of commands for managing your Artifactory repositories. Including creating, updating and deleting repositories.

The following example demonstrates creating 3 Artifactory repositories (local, remote and virtual), as part of your CI process, using GitHub Actions. This can also be done using any orchestration tool such as JFrog Pipelines, Jenkins, BitBucket, etc…

In this example, we’ll create a CI process that’s triggered for non-master pull requests. It will include additional steps for automatically creating an Artifactory repository, before building and deploying the software to Artifactory. 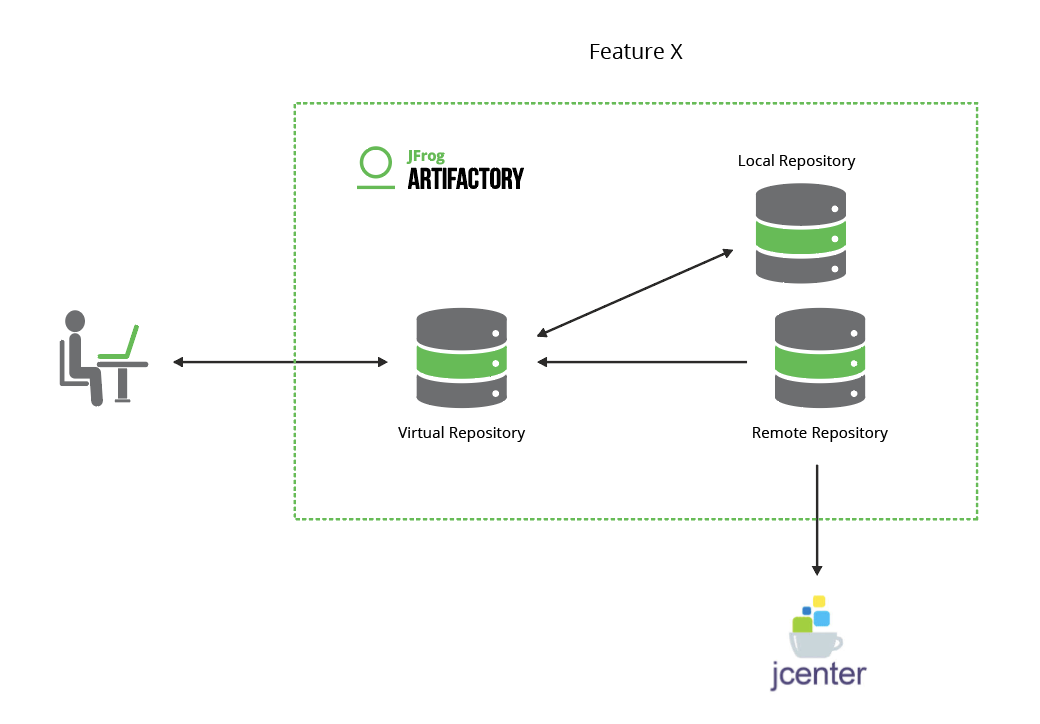 The CI process consists of 2 extra steps before the “Build & Deploy” step:

Note: The naming convention for the repositories is important and will be used further to a smart deletion mechanism.

The advantages to using a dedicated feature branch Artifactory repository are:

To ensure that this solution is scalable for the many features we develop, we need to define a cleanup mechanism to remove any unused old repositories.

We’ll use the following capabilities of Artifactory REST API and the JFrog CLI:

Deleting with jfrog rt rdel – for the deletion of the repository. 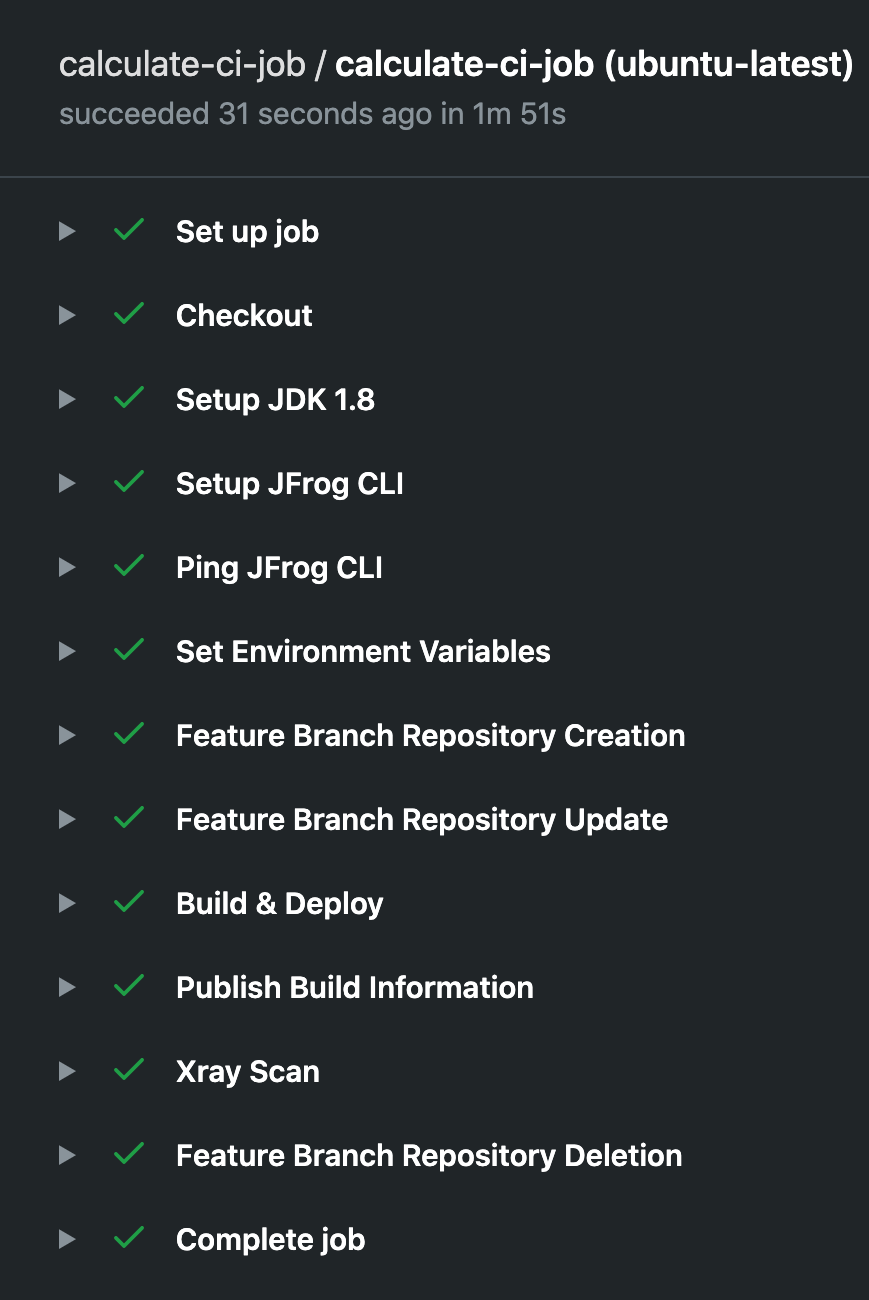 The full code for this pipeline is available at: