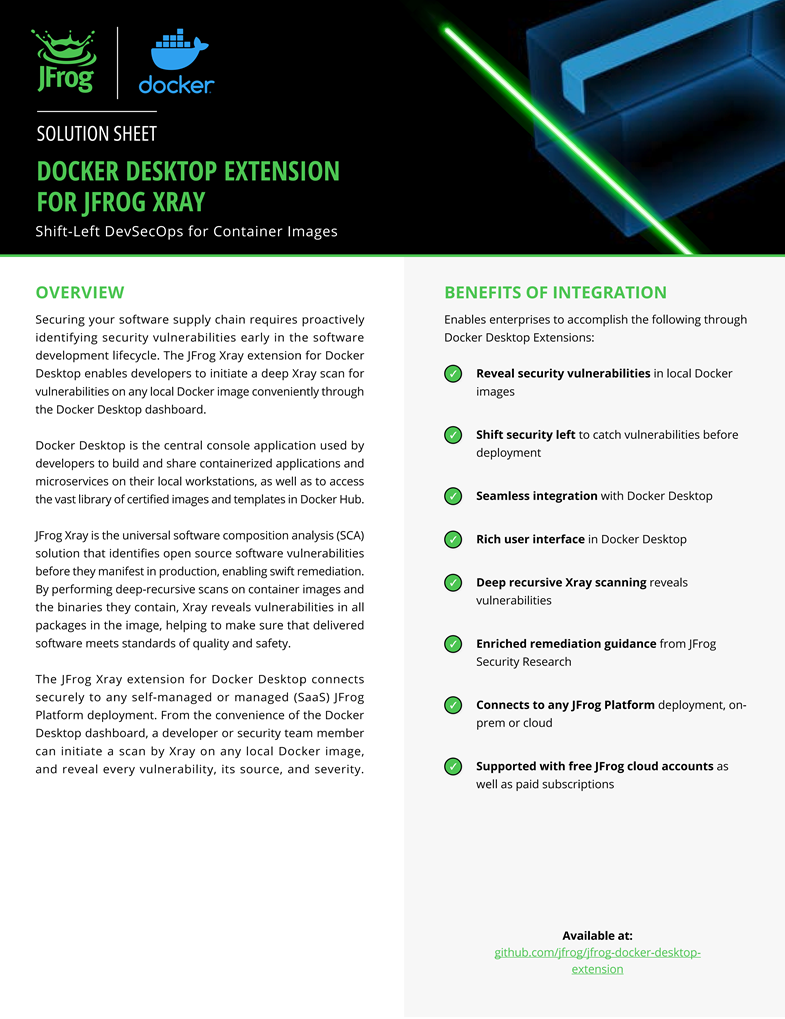 Docker Desktop is the central console application used by developers to build and share containerized applications and microservices on their local workstations, as well as to access the vast library of certified images and templates in Docker Hub.

JFrog Xray is the universal software composition analysis (SCA) solution that identifies open source software vulnerabilities before they manifest in production, enabling swift remediation. By performing deep-recursive scans on container images and the binaries they contain, Xray reveals vulnerabilities in all packages in the image, helping to make sure that delivered software meets standards of quality and safety.

The JFrog Xray extension for Docker Desktop connects securely to any self-managed or managed (SaaS) JFrog Platform deployment. From the convenience of the Docker Desktop dashboard, a developer or security team member can initiate a scan by Xray on any local Docker image, and reveal every vulnerability, its source, and severity.

The JFrog Xray extension integrates seamlessly with Docker Desktop, providing its own control  panel in the Docker Desktop dashboard. A developer can select any Docker image on the local workstation, and initiate an Xray security scan of that image.

Once complete, the results of the Xray scan are shown in Docker Desktop. This includes a summary diagram, and a listing of every vulnerability found, sorted by severity, along with the package and its version.

Users can examine each vulnerability further, viewing details that include: 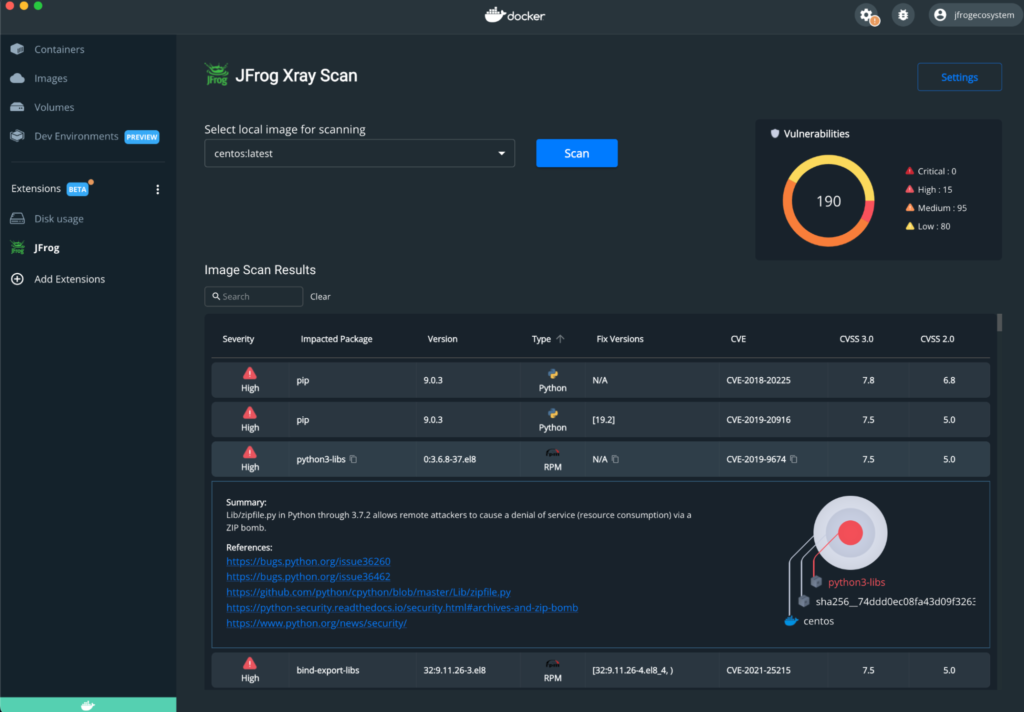 The JFrog Xray extension can be configured to securely connect to any JFrog Platform deployment, including a JFrog free cloud account.