A Docker image is a read-only template that contains a set of instructions for creating a container that can run on the Docker platform. It provides a convenient way to package up applications and preconfigured server environments, which you can use for your own private use or share publicly with other Docker users. Docker images are also the starting point for anyone using Docker for the first time.

So, in this introduction, we’ll not only take you through the basics of Docker images, but also show you where to find ready-made, off-the-shelf images that will give you a head start in building your own containerized applications, tools, and services.

As a new Docker user, you’ll also need to understand how to build your own custom images. So, we’ll briefly cover how to create Docker images for deploying your code and assembling container-based services. But first let’s look at the composition of a Docker image in more detail.

Set Up Your Own Free Docker Registry

Anatomy of a Docker Image

A Docker image is made up of a collection of files that bundle together all the essentials – such as installations, application code, and dependencies – required to configure a fully operational container environment. You can create a Docker image by using one of two methods:

We’ll cover these two methods in more detail later in this guide. For now, though, let’s focus on the most important Docker image concepts.

Each of the files that make up a Docker image is known as a layer. These layers form a series of intermediate images, built one on top of the other in stages, where each layer is dependent on the layer immediately below it. The hierarchy of your layers is key to efficient lifecycle management of your Docker images. Thus, you should organize layers that change most often as high up the stack as possible. This is because, when you make changes to a layer in your image, Docker not only rebuilds that particular layer, but all layers built from it. Therefore, a change to a layer at the top of a stack involves the least amount of computational work to rebuild the entire image.

Each time Docker launches a container from an image, it adds a thin writable layer, known as the container layer, which stores all changes to the container throughout its runtime. As this layer is the only difference between a live operational container and the source Docker image itself, any number of like-for-like containers can potentially share access to the same underlying image while maintaining their own individual state. 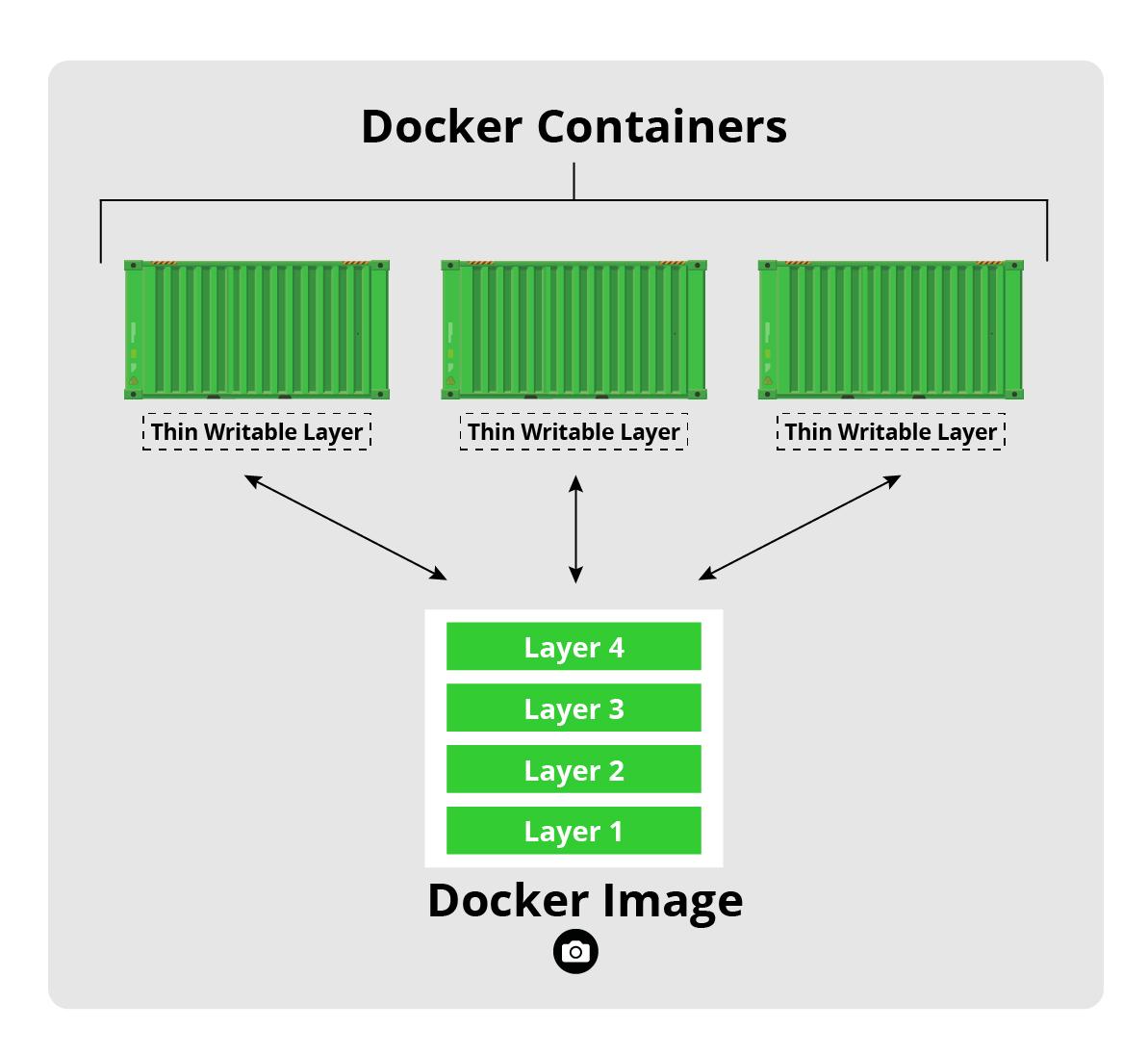 Containers based on the same image share that image, reducing resource overhead

In most cases, the first layer of a Docker image is known as the parent image. It’s the foundation upon which all other layers are built and provides the basic building blocks for your container environments. You can find a wide variety of ready-made images for use as your parent image on the public container registry Docker Hub. You can also find them on a small number of third-party services, such as the Google Container Registry. Alternatively, you can use one of your own existing images as the basis for creating new ones.

In simple terms, a base image is an empty first layer, which allows you to build your Docker images from scratch. Base images give you full control over the contents of images, but are generally intended for more advanced Docker users.

Together with a set of individual layer files, a Docker image also includes an additional file known as a manifest. This is essentially a description of the image in JSON format and comprises information such as image tags, a digital signature, and details on how to configure the container for different types of host platforms.

Container registries are catalogs of storage locations, known as repositories, where you can push and pull container images. The three main registry types are:

Get started with JFrog Artifactory for FREE and manage Docker containers

Container repositories are the specific physical locations where your Docker images are actually stored, whereby each repository comprises a collection of related images with the same name. Each of the images within a repository is referenced individually by a different tag and represents a different version of fundamentally the same container deployment. For example, on Docker Hub, mysql is the name of the repository that contains different versions of the Docker image for the popular, open-source DBMS, MySQL.

How to Create a Docker Image

In this final section, we’ll cover the two different methods of creating Docker images in a little more detail, so you can start putting your knowledge into practice.

The following is a set of simplified steps to creating an image interactively:

If you omit the tag name, then Docker automatically pulls the most recent image version, which is identified by the latest tag. If Docker cannot find the image locally then it will pull what it needs to build the container from the appropriate repository on Docker Hub.

In our example, we’ll launch a container environment based on the latest version of Ubuntu:

Next, you’ll need to know the name or ID of your running container instance.

The sample output below shows our running container with the ID e61e8081866d and the name keen_gauss:

This name is randomly generated by the Docker daemon. But you can also identify your container with something more meaningful by assigning your own name using the – name operator in the Docker run command.

In the example above, we supplied the name of our container and called the resulting image ubuntu_testbed.

You should see your new image listed in the results.

Disadvantages: More difficult for beginners and more time consuming to create from scratch.

The Dockerfile approach is the method of choice for real-world, enterprise-grade container deployments. It’s a more systematic, flexible, and efficient way to build Docker images and the key to compact, reliable, and secure container environments.

The following table shows you those Dockerfile statements you’re most likely to use:

An example of a Dockerfile for building an image based on official Ubuntu 18.04 with installing Nginx

Next, we’ll set up a .dockerignore file to list any files that would otherwise be created during the Docker build process, which you want to exclude from the final build.

.dockerignore files play an important role in creating more compact, faster-running containers – by providing a way to prevent sensitive or unnecessary files and directories from making their way into your image builds. Your .dockerignore file should be located in the root directory, known as the build context, from which you intend to build your image. This will be either your current working directory or the path you specify in the Docker build command that we’ll discuss below. 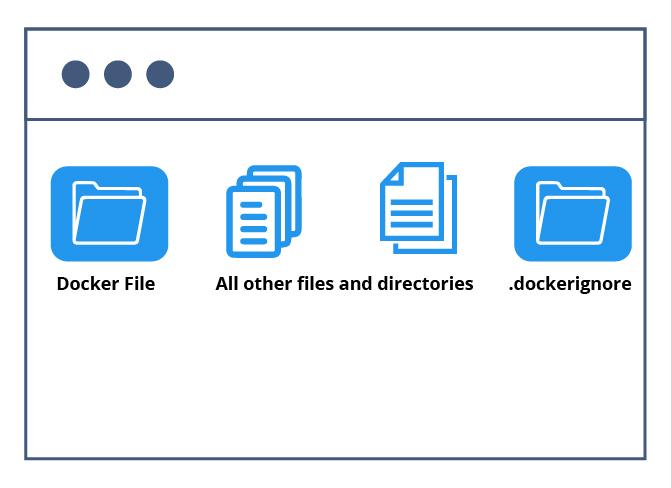 Now use the Docker build command to create your Docker image. Use the -t flag to set an image name and tag:

In the example above, we built the image from within the same directory as the Dockerfile and the context, as the . argument simply tells the Docker daemon to build the image from the files and folders in the current working directory.

Finally, as we saw in the interactive method, you can use the Docker images command to see the image you’ve just created.

Again, you should see your new image listed in the results.