Do you need to release software faster just to keep up with your competition? Do you find it hard to scale your software development processes to meet shorter release cycles? Is it a struggle to track the system of record for source code, binaries, artifacts, and builds? Companies are looking for a platform that can accelerate development and automate a lot of these functions, to maintain daily, hourly or even shorter release cycles.

JFrog Artifactory is the heart of the JFrog Platform. As a scalable, universal, binary repository manager that automatically manages your artifacts and dependencies throughout the application development and delivery process, it plays a central role in managing and automating your DevOps CI/CD pipeline. Using Artifactory to manage binaries enables software teams to collaborate with the same coherent and consistent set of binaries and dependencies through all phases of the development cycle. JFrog Artifactory is available on-prem / self-managed and supports hybrid, cloud, or multi-cloud topologies hosted on your choice of Amazon Web Services, Google Cloud Platform, or Microsoft Azure Cloud. 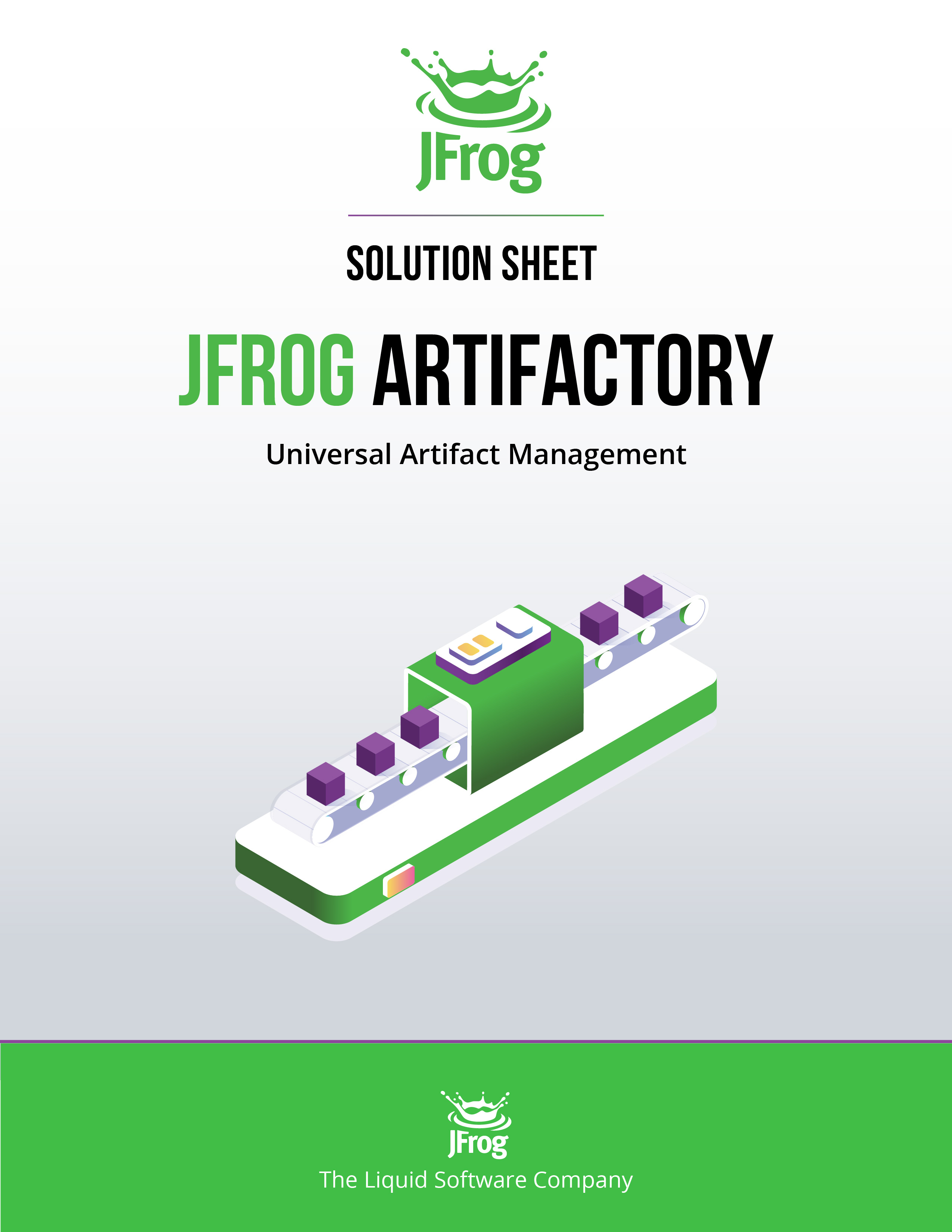 Artifactory supports all major programming languages, package managers, and technologies used in software development and distribution. It also supports robust Docker repositories, and serves as a Docker registry for the deployment of containerized microservices to Kubernetes.

Artifactory uses a wide variety of artifact properties and metadata to enable traceability and searchability. It allows users to develop custom layouts that generate and capture additional properties. Searches can be performed through the friendly user interface, or using the Artifactory Query Language (AQL) for more advanced searches.

Artifactory ensures that all access to an organization’s binary ﬁles is granted only to authenticated users and groups with the right permissions. With an Enterprise plan, Artifactory employs an enhanced authentication mechanism with single sign-on (SSO).

Artifactory comes with an intuitive user interface, as well as an extensive REST API through which you can manage builds and repositories, perform searches, apply conﬁgurations, and more. Further, JFrog CLI provides a simple interface that automates access to Artifactory, simplifying automation scripts and making them easier to maintain.

With a powerful REST API and integration into any CI/CD ecosystem, Artifactory empowers you to release software faster with a fully automated CI/CD pipeline. Artifactory has a rich catalog of integrations for use with the most widely-used CI/CD servers, IDEs, issue trackers, and other DevOps tools and platforms. Additional integrations are available through JFrog’s many technology partners.

Artifactory is designed to scale with an organization’s needs and allows for the replication of repositories between Artifactory instances to eliminate version issues plaguing distributed teams. Enterprise plans also offer additional options for scaling up the storage with advanced features like S3 Object storage support.

“As a long-time DevOps engineer, I know how difficult it can be to keep track of the myriad of package types – legacy and new – that corporations have in their inventory. JFrog has always done a phenomenal job at keeping our team supported, efficient and operational – because if JFrog goes out, we might as well go home.”