> Integration > Docker Registry > What is a Docker Repository?
JFrog +

What is a Docker Repository? 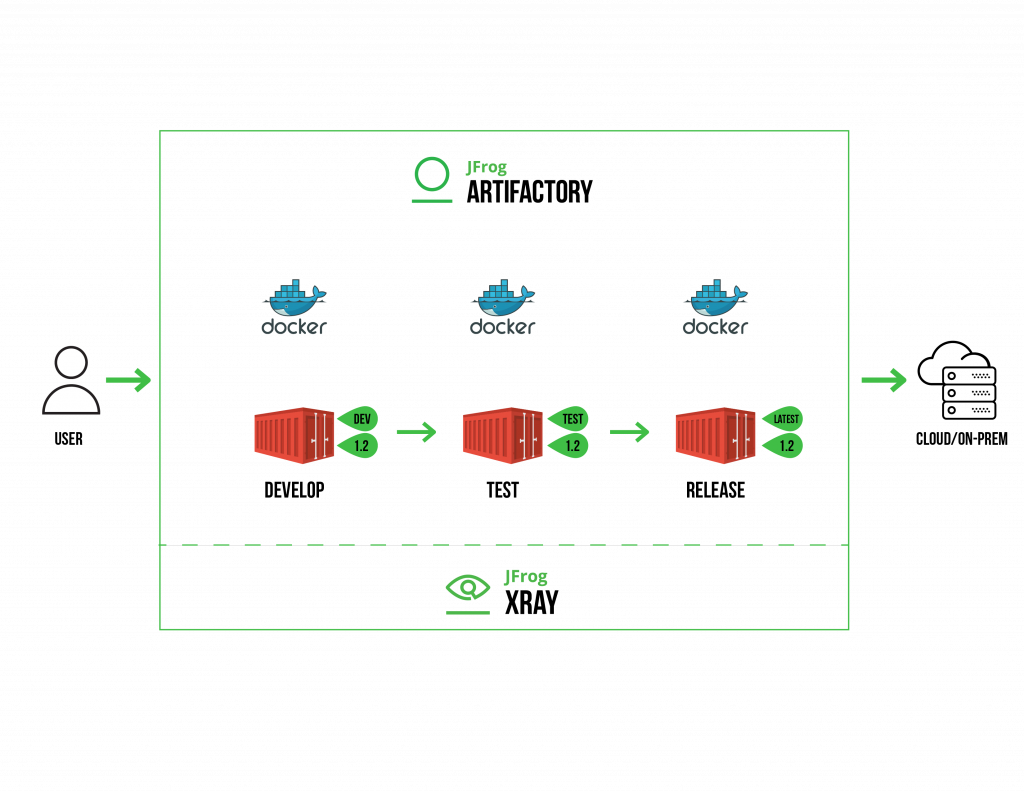 Artifactory supports the relevant calls of the Docker Registry HTTP API, so you can manage all your Docker images in Artifactory transparently with the Docker client. Just invoke Docker from the command line as you would any other Docker registry service to add images to a repository or pull images for distribution to a Docker engine.

Artifactory can proxy a remote Docker registry through remote repositories, providing a local cache of a remote Docker resource such as Docker Hub. Doing so can speed builds, provide better control, and insure against interruption to remote resources.

Artifactory can aggregate images from both local and remote repositories into a virtual Docker repository. By doing so, Docker images can be accessed from a single URL, while administrators can manage the individual repositories.

Use JFrog Xray scanning to make sure your container applications have no known security vulnerabilities, and that all components are in compliance with your organization’s license policies. With Artifactory, you can build a secure, automated pipeline from code all the way to Docker.

How to configure a reverse proxy for Artifactory Docker repository when using AWS-ELB load balancer?

AQL Query to get all images in local docker repository

How can I pull anonymously but require authentication for pushing into a Docker repository?

How to use docker registry API with Artifactory Docker Repository when not using docker client?