What does a Java Developer Need to Know about DevOps? @Denver JUG

A day in the life of a Java dev includes coding up new features and fixing bugs. But what happens after you’ve committed your code, and why would/should a developer care?

The process of developing and delivering an application to production can be an overwhelming task with a number of steps. Melissa will explain the DevOps methodology, discuss DevOps implementations, and walk through what all is involved. After learning about dependency management, CI/CD, supply chain security, production packaging and updates, it will be clear why a Java developer would (and SHOULD!) want to be aware of what is going on in their software delivery pipeline. Learn how a strong knowledge of DevOps will inform and guide your decisions as a developer!

Melissa is a long-time developer/software engineer turned international speaker and is currently a Developer Advocate on the JFrog Developer relations team, sharing in the mission to improve the developer experience with DevOps methodologies. Her background and experience as a software engineer span a slew of languages, technologies, and tools used in the development and operation of enterprise products and services. She is a mom, Java Champion, Docker Captain, co-author of the upcoming book DevOps Tools for Java Developers, a huge fan of UNconferences, and is always on the lookout for ways to grow and learn. She has spoken at Kubecon, DockerCon, CodeOne, JFokus, Java Dev Day Mexico, the Great International Developer Summit, and is part of the JCrete and JAlba UNconference teams. Given her passion for teaching, sharing, and inspiring fellow practitioners, you are likely to cross paths with her in the conference circuit — both online and off! 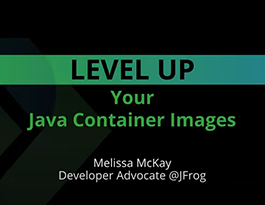 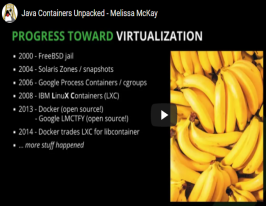 Details ABOUT THE SESSION JFrog is a proud 2022 Sponsor for the Pittsburgh Java User Group: https://www.meetup.com/The-Pittsburgh-Java-Meetup-Group/events/285024772/ A Crash Course in Virtualized Container Technology Containers… 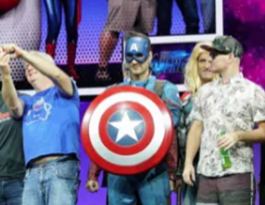 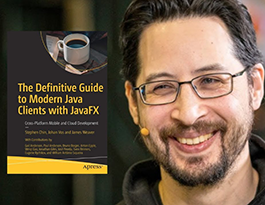 Modern Java Clients with JavaFX – The Definitive Guide. This session is for professionals building Java applications for desktop, mobile, and embedded devices in the…

big thank you to intellij agile learner we do giveaways

work it’ll be a good meet up catered hot food

those subjects so why are we here today what is devops

team and also other folks that are involved in a project

written from an perspective and it’s not just a an

there isn’t already and uh this is a

everything that happens after delivery so a lot of your

[Music] so that previous slide can be simplified

a little bit i was on a panel discussion

going to experience some friction and frustration and the best

tool set to your team would be akin to telling everyone to you know wear a uniform every day size 10. you know it

another level is of course observability tools alerting monitoring

[Music] for each of those steps in your pipeline

look for improvements you can make this is a continuous activity

technologies without having some metrics behind it that proves worthiness

continuous integration servers um that kind of stuff so

we this this um there’s a reason for this picture

i remember moving uh to like a get flow type of

in um it’s it’s all you know very helpful

components of the project work together

that brings me to avoid skimping on your test and qa

what we were using at the time in production also

than rebuilding for a particular environment or for the release

that backs that build should be promoted any configuration and stuff

get bored we get complacent uh we always miss something um

i was on a project once where there was

internal for our team to maintain and stuff and

and rupe goldberg the person was a pulitzer prize winning inventor

so i thought that was pretty clever another

year for participants to create these um you can go to goldberg.org to find out more about that

significantly more so in a cloud native environment [Music]

under service mesh and i love

now sold out if it ever comes back i might consider

you go [Music] this rube goldberg machine dates me a

that are redundant perhaps the unavailability of a feature

solutions because of licensing or other corporate restrictions that can happen

they start to become spaghetti code unmanageable and bloated

paths that are not happy paths

salsa website um that stands for the supply chain levels

secure your artifacts and packages and your infrastructure in your projects

is definitely in a developer’s realm so it makes sense

package that happens to have a similar name for example now

maintains it um when you get into other artifacts like

that containers especially are an issue container images

you might want to consider using a shaw or something

in a bit number seven line seven there’s an

bit as well and then finally uh number nine

tools in organizations are coming together to work on these issues

one important effort that was started is between jfrog and nginx

sprint 2.0 um it’s basically a framework for deploying any

also underneath the linux foundation they are working on

uh every business interest every stakeholder interest in order to define

engineering side of things [Music] this is the

and they you know are really working hard on

one cd events actually originated in the interoperability group um

this one uh basically you know it is is a

you know defining a way for all of the products to

submit and to read events from other tools

to do with decentralizing package registries

and again i’m going to chat you know bring in

begin with [Music] this is a simplified version of the

deployment where is it in this whole

is maybe not enough concern given to permissions

file that is copying everything into the working directory

that you want to be putting in a production image [Music]

that you have control over what to use i remember

a specific distribution like from azul using zulu images or

um and then you can eliminate multiple moving parts um

dependency got updated and when which one is incompatible [Music]

are is what is absolutely necessary to run your application um

rather than reach out for it during a build

image for a particular environment [Music]

run your integration tests against that image as it is [Music]

come into play [Music] so again you know keep stuff that

all right lastly is relying on root

you it’s uh it’s just a an issue where

[Music] and there was a report that came out

risk seriously enough okay i prattled on enough about

you should understand your software development life cycle goals and objectives

building on your local machine um are you pulling your dependencies

your decision making lastly before i

within three business days so we can send you your copy

blow up this finicky um brittle thing somewhere exactly in a

um had some questions about uh produces and

various services yeah definitely i i mean for example for

do a query or something like that um a situation where