Code Cleanup: The How and Why

Between August and September 2022, JFrog helped a primary U.S. telecommunication carrier host a series of sessions about developer best practices. Some 1,300 developers attended at least one session on package-specific examples covering Docker, Maven, Gradle, NPM, Nuget, and PyPI. One of the intriguing takeaways from these best practices sessions was the uniform questions that arose in each session about conducting code cleanup.

What is Code Cleanup?

For this article, we will define code cleanup as how we should approach the removal of unused code. A significant amount of code written is useful and makes it into the final releases. However, there’s also code that’s written that no longer should be included with the final work product. The approach of what, when, and how to remove code should be cooperative manner between developers, storage management, and stakeholders.

For the average developer, there’s a focus on speed and quality. Velocity is the key concept, and passing tests is a must. Every development team is aware space and storage are limited, but not that big a deal usually. That is until storage runs out, and an administrator starts a code cleanup. Administrators want to ensure, for example, that a cluster out of storage will not freeze up and cause an outage due to storage issues.  And here is the actual problem. Fundamentally, all the approaches and lessons learned are from a reactionary approach to storage running out. This process is contradictory – eventually, storage will always run out (or, in the case of cloud storage, cost too much).   What no developer team wants is for certain elements to be disrupted. These elements change from team to team, along with organization and structure. Each company has its own process for how the removal of stored data works, but a system made without developer input won’t be good.

In general, an administrator will ask developers two questions regarding stored data:  1) What binaries have you used lately? And 2)  How old is the binary? The age is simple to find, which is easy for administrators. The usage and distribution are needed for any remediation of code, so that’s a process that security teams normally are involved in and administrators handle. For example, after the announcement of log4j, every company became aware of the traceability in short order.

But these two data points alone aren’t enough to do the desired job. They are just the metrics a storage administrator can easily get

Planning to clean up storage isn’t normally a consideration while planning a repository or team architecture. The entire concept is an afterthought, and to make a really good cleanup process this needs to be part of the fundamental plan.

How to Cleanup Code

The system of preserving code well speaks to the entire lifecycle of a binary used by a company and is worth some thought at a high level. In an ideal scenario, there will be a process to move or promote code through a series of repositories. Each gate represents a different value to the company and storage policy. The final policy is normally a “cold storage” of some kind, to preserve binaries given out to customers indefinitely. The JFrog platform has a native solution for this outlined here.

At the start of this process, there are a lot of variabilities—often one “developer” repository for all binaries, irrelevant of usage or importance. The first step is to identify the binaries in common use. After, move them to a common location. Some companies prefer to rename binaries to note their importance instead of moving them.

Both approaches can break pipelines. Using “virtual repositories” can also help where a system searches multiple locations for the presence of a binary and the user is unaware a move happened.

If virtual repositories aren’t an option, use metadata to provide the same feedback. Here are some examples of how to do this:

Whatever method is used, the key is for developers and administrators to have an active discussion about how workflows for cleaning up should work. The factors will be discussed and well-known by all parties, along with the plan to clean up when disk space runs out.

Part of the plan should include actions on both sides as disk space runs low. A cooperative relationship is best, where developer groups are given routine notices from automated reports on disk space usage. Ideally, a shift-left mentality will extend into cleanup activities.

John is a Strategic Solutions Architect at JFrog. He has had 20 years of experience in coding and support for DevOps style deployments, beginning as a Researcher at Georgia Tech. He has been a Solutions Architect for the last 10 years, with specialties in distributed databases, android development, and macOS/iOS infrastructure. 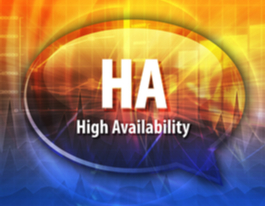 Introduction: High availability is a vital part of today’s architecture and modern systems. This blog post describes a possible approach to create a highly available… 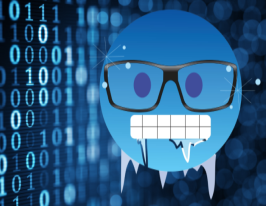 Code Freeze: The Why and the How

In August and early September of 2022, JFrog helped a primary US telecommunication carrier host a series of sessions around developer best practices. Some 1,300… 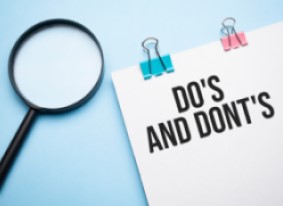 In this blog I will give you some hints and ideas about some best practices, approaches, and “Dos and Dont’s”, you should consider when working… 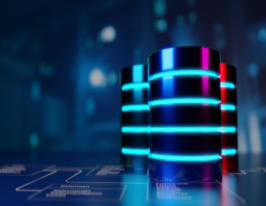 How to Migrate from MySQL to PostgreSQL RDBMS: An Enterprise Approach

1. Introduction to Migrating MySQL to PostgreSQL. As part of JFrog’s SaaS strategy to support only the PostgreSQL database (DB), JFrog has faced a need…