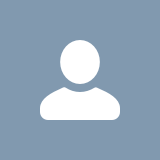 The sad story of "/repo"

For some, a common desired end-state for Artifactory was to have it use only one URL for all artifact downloading needs. In theory, it sounds like a breezy, one-stop shopping solution. However, there are many problems associated with this type of setup and this approach is not supported in Artifactory.

A virtual repository should not aggregate more than twenty (20) repositories as a best practice.

In Artifactory versions 2 and 3, there was a global virtual repository called /repo, which aggregated all local and remote repositories found within the Artifactory application. As Artifactory was initially a small and specialized application, things started off well enough. Users would point their builds to artifactory.com/repo and know they’d be able to pull any Java-based package into Artifactory.

However, problems soon began to manifest.

Builds would pull the wrong artifact from the wrong repository. Maven’s Snapshot version would jump wildly depending on which path was resolved first. Downloads would take forever as the repository had to aggregate a multiplicity of paths. Artifactory’s developing usage philosophy led to this repository being permanently disabled in Artifactory 4.7.3.

What were the lessons learned?

The Problem with Large Virtuals

To determine which repository contains a particular artifact, Artifactory must check every repository in the virtual. The Trace Artifact Retrieval REST API can be used to view this logic in action. The worst-case scenario from this algorithm should be clear: What if an artifact is in the last remote repository in the virtual list? If a given artifact is at the bottom of the resolution algorithm (Show above as step #3), it will take far longer to download versus pulling it directly from a remote repository.

There are other, subtler problems that arise when managing a huge virtual repository. As your Artifacts browser must display all artifacts and subfolders within any given folder, virtual repositories need to perform a nested check to determine what is displayed. This means checking each remote endpoint, as well as every local folder your virtual repository is aggregating.

Here’s an example of a two-second load time with only a remote repository: You may be able to change the Resolution Order of your repositories to fix this particular pathing issue, but it could break other builds that are using the same, large virtual repository.