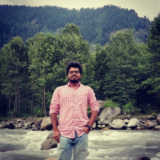 If you use SAML with Artifactory, by design the SAML 2.0 standard allows SAML users access to the Artifactory UI via SAML SSO. However, command-line tools require separate authentication methods to achieve this access.

To login to Artifactory via clients such as Docker, npm, and Maven, you can generate an API key for SAML SSO users by doing the following:

Once an API key has been generated, it can be used instead of a password or instead of both a UserID and a password. Be aware, however, that this will require a dedicated REST API header.