The annual, can’t-miss JFrog roadmap keynote from swampUP 2020. We believe the next great DevOps frontier is the distribution of software. Automation throughout your pipeline is certainly making software more liquid, but how are you getting it to the ultimate destination? Our answer may surprise you, as we unveil new solutions and strategy! This keynote illuminates how JFrog is fast-forwarding our product portfolio to deliver software distribution to the edge, driving CI/CD and powering DevSecOps for a broader, more comprehensive DevOps platform. Don’t miss this landmark session!

Thank you Shlomi. I’d like to take you now into a journey into our announcements and show you what we’ve been up to in the recent years since the last one. But before I do that, I want to quickly revisit what we’ve done in the past year and show you the results of that.

We released the JFrog Platform, the unified JFrog Platform, in late 2019 or early 2020. And the results have been really amazing for us even to a degree where we were surprised by the adoption. And this adoption was that 40% of you, in the very first three months of the release, adopted the platform, and it was a very good sign for us of how much you trust the engineering in the product deliverables that are coming from JFrog in order to jump on a very major release, and adopt it and upgrade so, so quickly. So this is great news for us.

Now, from the early days of JFrog, we had a focus on binaries. Sometimes, people ridiculed us for that or looked at us with a funny eye, funny face, why we have so, what why we are so passionate about binaries. And the reason for that is something that was critical for us from the beginning is the notion that when you’re building a software release pipeline, you need to focus on binaries from the very beginning.

This is what we refer to as the shift left of binaries. And this is a very important notion because a binary is the only tangible thing. It’s the only format of release. This is what’s going to run up, to end up in your runtime. And, taking this notion further and looking at what many other industries or practitioners are doing, sometimes there is this notion that you can rebuild everything from source and rebuilding everything from source not only it’s inefficient and wasteful, because you’re just wasting time rebuilding things over and over again, but it’s also dangerous, because what may happen when you keep rebuilding even if it’s the same git tag when you keep rebuilding it, you may end up with different results in your end. So it kind of removes the whole security interest from your release lifecycle.

So we don’t want that to happen. We want to relate to binaries and we want to be in a position in a situation when every time we build something, we get the same result over and over again. And the only way to achieve that, really, is to take the first binary that you created in your release, and kind of travel with it throughout the release flow until it’s ready to end up in your runtime, until it’s ready for production. This is what we refer to as BinOps. This is what we felt was referred to as CI/CD that is driving BinOps. And this is what we have embedded into the JFrog Platform, specifically into JFrog Pipelines. And we are taking this notion of BinOps with Pipelines to the next level. And Avi Cavale, our VP of Engineering will speak about it in his session. Another aspect which is very important when we speak about releases in binaries is metadata. And metadata leads immediately to the notion of DevSecOps. So in order to attach any meaningful security information and gain things such as visibility, and security information, quality, and provenance of a release. So all this kind of metadata, the only thing that it can be attached to reliably is a released binary. That’s the only way that you can manage this metadata in a reliable way. What we’ve done is we’ve been looking for ways to offer this metadata as part of the JFrog platform. We already manage it internally, obviously, since the very first release of Artifactory, but taking this metadata and release is managing information about software releases, and versions in the security aspects of it is something that we wanted to offer as a generic public API. And we’ve been looking into all kinds of solutions at the router. And we’ve been looking at standouts that are out there in the market, and almost on the academic level and since we are great believers on practicality, we decided to take what we’ve already built and already are running in production and create a metadata service that spans across the whole platform, across all the services in all the services in the JFrog Platform. And it’s been running like that internally in a hidden way since the release of the unified platform. And what we’re announcing today is we are opening up this metadata for you to drive your automation with, and Dror Bereznitsky, our CPO will dive into more details around this new service. Finally, Shlomi mentioned that 50% of new deployments are going to be on edges. And it’s not surprising because this notion of having everything provisioned for public cloud offerings, it’s just not practical in reality. You do need data proximity, you do need computing proximity, and in remote locations, and this is why edges are making a comeback. This is why edges are becoming increasingly important. And the other aspect of it is, of course, IoT, the explosion in the number of devices, the explosion in the number of run times, which makes software distribution a very critical element in the software release pipeline. Now, we’ve been doing software distribution almost from the very first days of JFrog eight years ago or so. we released the first version of replication, which is taking care of distributing binaries between different locations because we had a lot of customers that are geo-distributed. And two years ago, we released JFrog Distribution, which is a is a step up in this global distribution and auction with the idea that you can take your release, sign it, and distribute it securely and very efficiently to remote edges in order to deploy into production. And this year, what we’re going to do is we’re going to make an announcement on local distribution. So we’re taking this one step further, to distribution to the runtime, within a data center from the edge node to the different times, could be hundreds or thousands of runtimes in a very scalable way, and we’re going to make some very, very exciting announcements around it. So three things that kept us busy. First CI/CD BINOPS, and second is metadata driven SecOps. And finally distribution from global to local on the way. It’s time to dive in and get into the details and really go into the meat of the announcements.

So without further ado, I would like to switch over to Dror, to take us and look at distribution first.

Thank you very much. So with that, I would like to conclude the session with a short summary of everything we have seen so far in the different announcements we made. And I start by talking about software distribution. We spoke about the new peer to peer capability that allows you to have more efficient downloads, faster downloads without applying loads to Artifactory. Then we spoke about the use case for hybrid software distribution. So how you can now combine the power of cloud with the flexibility of having edges located in the cloud or self-hosted. And finally spoke about CDN-boosted downloads and how we can self public downloads of software all across the globe in a fast and efficient manner. Then we spoke about metadata-driven security so why vulnerabilities is not everything important in security, and how we can leverage the metadata into JFrog platform in order to trust your software. And finally we heard Avi speaking about BinOps. Why does it matter and how we can achieve it with JFrog Pipelines and the JFrog Platform, and also heard about all the cool new features that are being released with the latest version of JFrog Pipelines, including the new extensibility SDK. And with that, I would like to thank you all for listening and please enjoy the rest of the conference. Thank you. 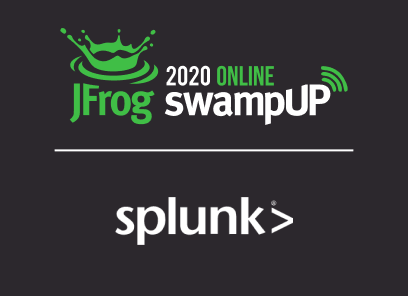 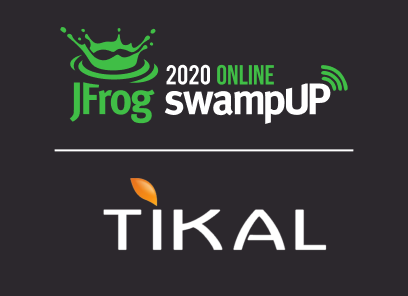 DevOps Mentor - What it Takes to Become One