This popular talk from swampUP 2020 is a conversation with Splunk CTO & SVP Tim Tully, who is driving technical innovation to equip customers far beyond log analytics. Hear about the latest advances in Observability and Monitoring for your entire DevOps pipeline, how to do DevOps at scale with hundreds of teams and terabytes of artifact data, and how advances in machine learning are breaking boundaries for real-time data processing. This is the start of your DevOps learning journey at swampUP online, and includes details of both Splunk’s DevOps journey but also the relationship between Splunk and JFrog.

Welcome to the swampUp interview with Tim Tully from Splunk. My name is Stephen Chin I run the Developer Relations team at JFrog. And, you know obviously we’re doing this virtually because of the current situation but very glad to have you here at swampUp Tim.

How you doing? Thanks for inviting me. You know I’m sheltering place just like everyone else. But being an engineer first and foremost and being an introverted engineer. I think being locked up at home is something I’ve been preparing for my whole life. Really cool. I would Somewhat agree with you there, although it’s somewhat taken a toll on the conference circuit. So I haven’t been physically going to many conferences recently. So why don’t you tell us a bit about Splunk and what your, what your role is at Splunk and what you’ve been doing there.

So Splunk is a, what has been called historically a data analytics company, going way back in, you know, to the 2000s has grown rapidly in the last decade or so, we were born really in log and analytics, especially in the sysadmin community collecting syslogs and other large sum from hosts. And what happened over time is that sort of use case has expanded into security and IT over the years. 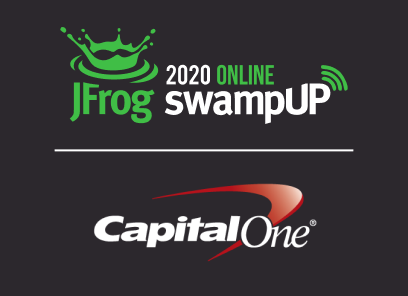