Earlier this year, the JFrog Security research team competed in the Pwn2Own Miami 2022 hacking competition which focuses on Industrial Control Systems (ICS) security. We were proud to take part in this competition and join other researchers in the effort to make mission-critical industrial environments safe and secure.

Denial-of-service (DoS) vulnerabilities in industrial control systems can potentially allow attackers to disrupt critical operations. For example, on controllers used for motion control, exploiting a denial-of-service vulnerability can interrupt a factory’s production line or cause physical damage because of misalignments between moving parts.

In this blog post, we will share some details about the Open Platform Communications (OPC) UA (United Architecture) protocol and do a technical deep-dive into the denial-of-service (DoS) vulnerabilities we discovered that allowed us to crash these servers.

What is OPC UA?

In the example figure below, any of the devices (either the OPC UA Client or the OPC UA Server) could be replaced transparently by a different OPC UA compliant device (even from a different manufacturer) and communications would persist without any further major changes. 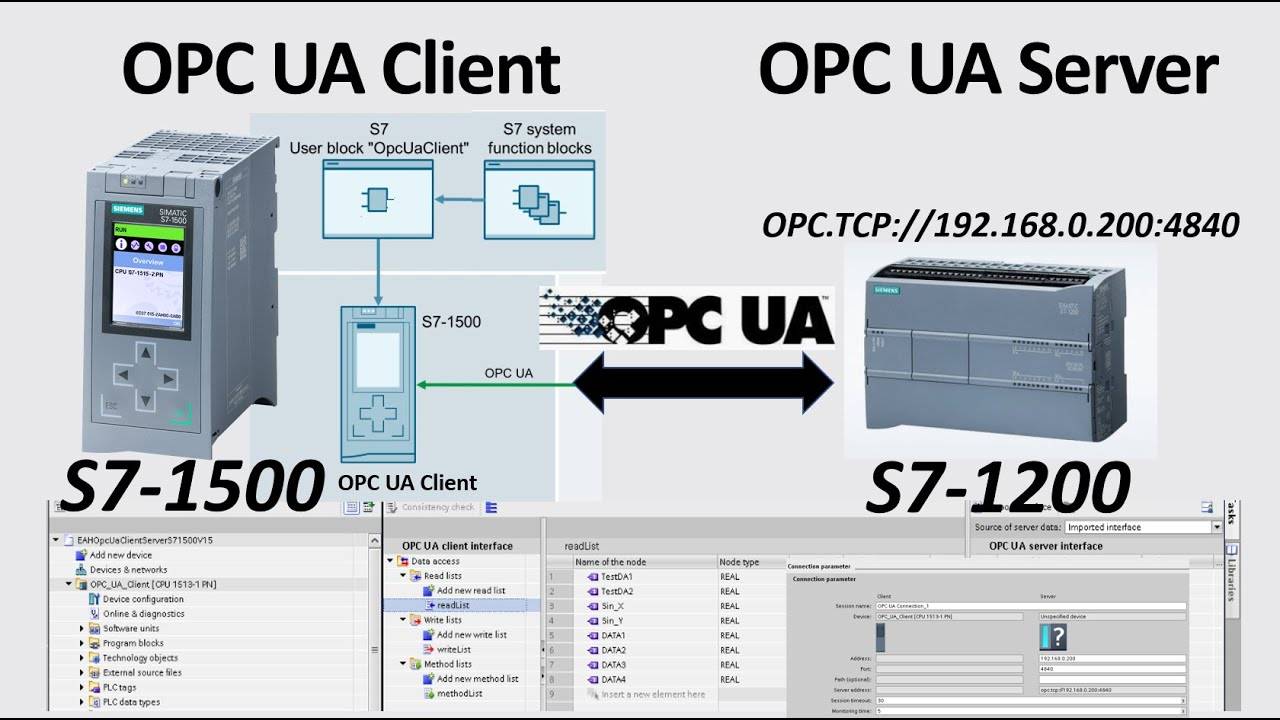 To clarify – these vendors and their products are just used as OPC UA examples and we have not tested whether they are susceptible to the DoS vulnerabilities described in this blog.

For example, the Siemens S7 series automation controllers use OPC-UA: 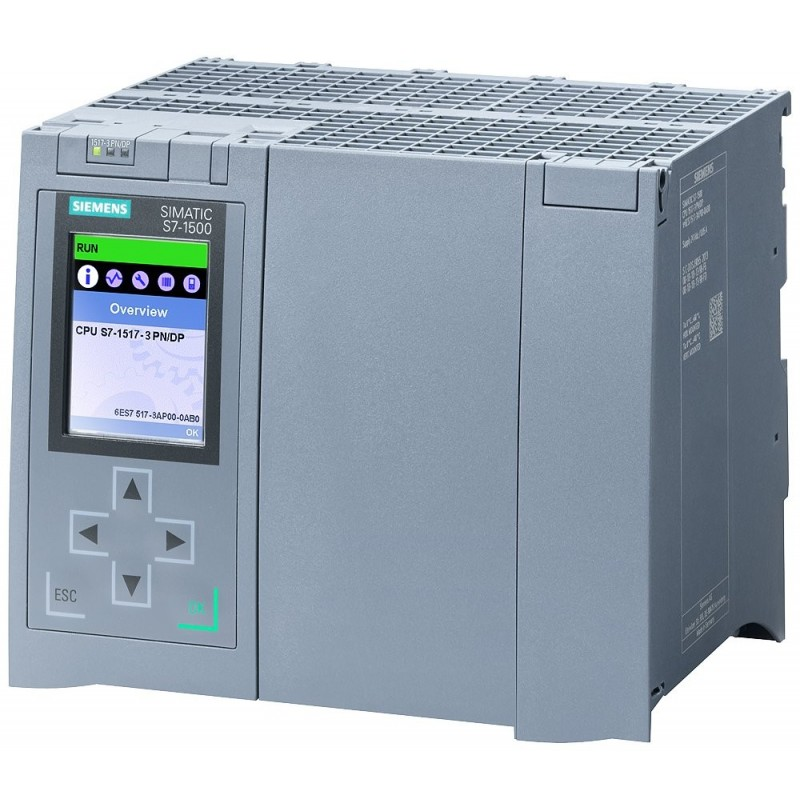 What OPC UA Vulnerabilities Were Found?

One of the OPC UA servers that we competed for is OPC UA .NET Standard server, an implementation of an OPC UA server in C#, provided by the OPC Foundation.

We were able to crash the server with a stack exhaustion bug that led to Denial of Service.

According to GitHub, this server is currently used by 286 other repositories, including Microsoft’s Industrial-IoT repository which discovers industrial assets on-site and automatically registers them in the cloud ,

There is a recursion in the code that handles the TranslateBrowsePathsToNodeId request. The recursion might cause the server to crash due to a Stack Overflow exception that occurs after exceeding the max recursion limit. This exception cannot be caught by a try..catch block.

The recursion lies in the function MasterNodeManager.cs::TranslateBrowsePath():

The function is first called with the startingNode and subsequently gets called (recursively) according to the elements in relativePath, where each element’s format is:

The server will resolve the browsePath as:

The bug is that there is no limit to the amount of recursive calls in the code, so given a long enough relativePath – the code will throw a  StackOverflowException due to reaching max recursion limit of the environment.

As we mentioned, the StackOverflowException cannot be caught with a try..catch block. From MSDN –

“Starting with the .NET Framework 2.0, you can’t catch a StackOverflowException object with a try/catch block, and the corresponding process is terminated by default”

While trying to built a long relativePath and exploit this bug, we faced the following obstacles:

Pointing to an existing node

In order to overcome the first obstacle we used a method similar to path/directory traversal (we use the equivalent of “../Directory/../Directory/../Directory”). When the server translates a relativePath, it starts with the startingNode and walks through the relativePath’s elements – which guide the server how to walk between nodes. In addition, each relativePath’s element has a flag called isInverse which guides the code whether to traverse to one of the node’s parents (when set to True), instead of traversing to one of the children of that node (when False). 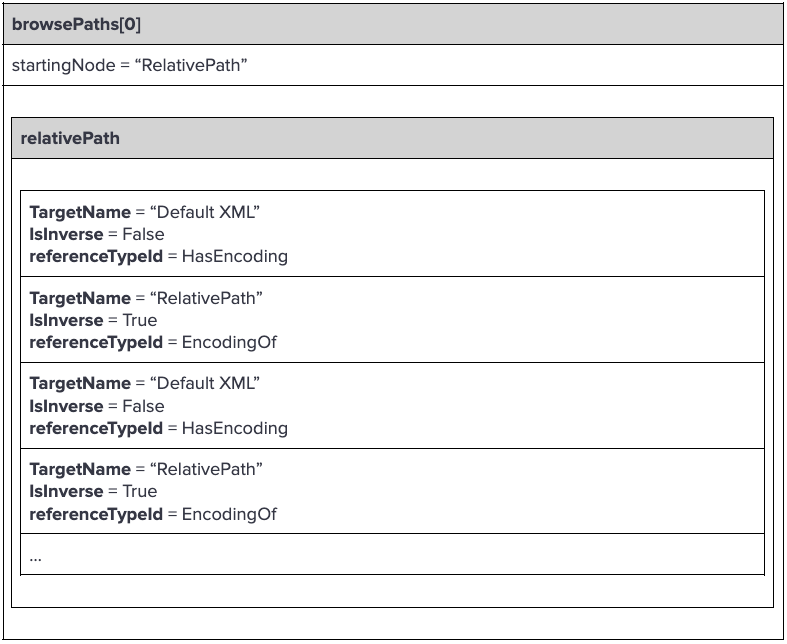 Notice that “HasEncoding” and “EncodingOf” are actually the same referenceTypeId, but they got different names because of the IsInverse field.

Sending this request will result in the following recursion, allowing us to send a large packet while always pointing to an existing node  – 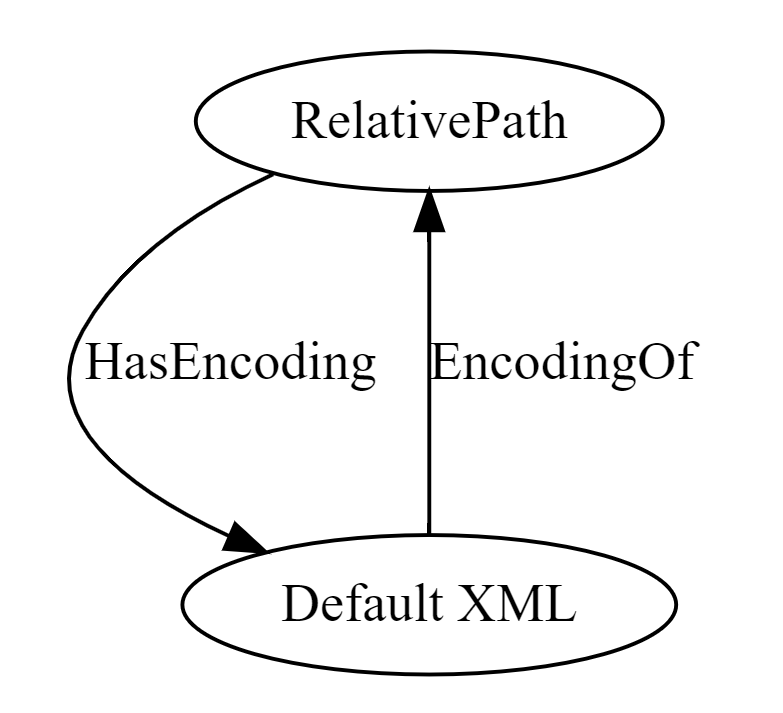 To successfully crash the OPC server in our environment, we needed at least 7000 elements in the relative path. Our exploit uses 65534 elements (one less than the default config’s max array size) for making sure the payload will crash as many configurations as possible.

While the ReferenceServer will crash without printing anything.

In Unified Automation’s C++ Demo Server there exists a UaF (use-after-free) that can cause denial of service and possibly remote code execution.

OPC UA allows the server to export methods that can be called by the client, in a similar fashion to RPC, by sending the Call message. The exported methods can be called asynchronously.

In the OPC UA C++ demo server there is a race condition that can cause a UaF which leads to several impacts, including a denial of service.

Consider the following code from these two functions, taken from the “C++ based OPC UA Client/Server SDK + Pub/Sub Bundle”, which contains the demo server as an example:

Both functions do not use a mutex to assure that the object pointed by m_pDynamicNode isn’t changed in the middle of the function’s execution.

Where pSourceNode is our m_pDynamicNode, this will either cause a crash due to a dereference of an illegal address (for example vptr will be 0) or it can be used to cause remote code execution if the attacker can allocate the freed object and direct its vptr to its own fake vtable.

In addition, the lack of a locking primitive can be exploited in further ways, such as simultaneously calling Demo_DynamicNodes_DeleteDynamicNode from two threads. Depending on the timing, both threads may pass the NULL check of m_pDynamicNode, causing a similar UaF or causing the slower thread to crash due to a NULL pointer dereference when calling releaseReference() with our m_pDynamicNode as NULL.

This method will reliably crash the server.

Within the boundaries of the pwn2own competition, we could not exploit this UaF vulnerability to cause remote code execution, due to time and stability constraints.

Here, we will elaborate about the strategy we took and what blocked us from achieving a stable-enough RCE exploit.

The crash is caused when the Demo C++ server tries to access a virtual function from the vtable of said object and fails on trying to access an unmapped address. Thus our exploit strategy would have been:

Due to ZDI’s desire to make the environment as close to reality as possible, the targets were run on the latest Windows 10 64-bit with every mitigation technique enabled (ASLR, NX and so on).

The userspace frontend heap allocator in Windows 10 is called segment heap, for our allocation size it uses a heap allocator called LFH (Low Fragmentation Heap). There’s a great lecture by Saar Amar on the topic.

This makes exploitation difficult due to the randomization of free chunks we get in every malloc operation (as compared to Glibc’s default ptmalloc2 which would get us the last freed block).

This means that if we don’t get to rewrite the freed object until the vtable call, we would crash the process. This prevents us from just trying to allocate the right object over and over until we succeed. Our statistics for grabbing the freed object were too low for pwn2own (which allows only 3 re-tries) even with heap shaping methods.

The JFrog Security Research team had a great time researching this target and learning more about modern Windows exploitation. Next year we intend to return to pwn2own and target many more categories! So stay tuned.

Check out our related blog post on achieving an RCE on OPC UA, by exploiting a different vulnerability that we’ve discovered during this research.  We also encourage you to follow the latest discoveries and technical updates from the JFrog Security Research team in our security research blog posts and on Twitter @JFrogSecurity.