JFrog Artifactory and JFrog Xray recently underwent a rigorous hardening process to earn accreditation for inclusion in the U.S. Department of Defense’s Iron Bank, a centralized repository of digitally-signed and hardened container images. In this blog post, we’re pulling back the curtain on the process, in order to share our insights and lessons learned with our customers and with the DevOps community at large.

We’ll describe the container hardening and cyber security checks that Artifactory and Xray went through, and explain the value and benefits organizations receive from deploying Iron Bank containers in production.

By using Iron Bank containers and Platform One tools, DoD teams can get authorization to go live with their applications faster. They can push validated code into production on an ongoing basis, shortening development cycles and releasing new features more quickly.

This architecture diagram shows the Xray and Artifactory container-hardening process for Iron Bank, consisting of automated pipelines, which in turn include multi-step hardening phases.

The process also involves a DevSecOps hardening team and cyber engineers who validate and generate findings for any vulnerabilities that need to be fixed before approving. Finally, the secured images are approved and stored in Iron Bank. 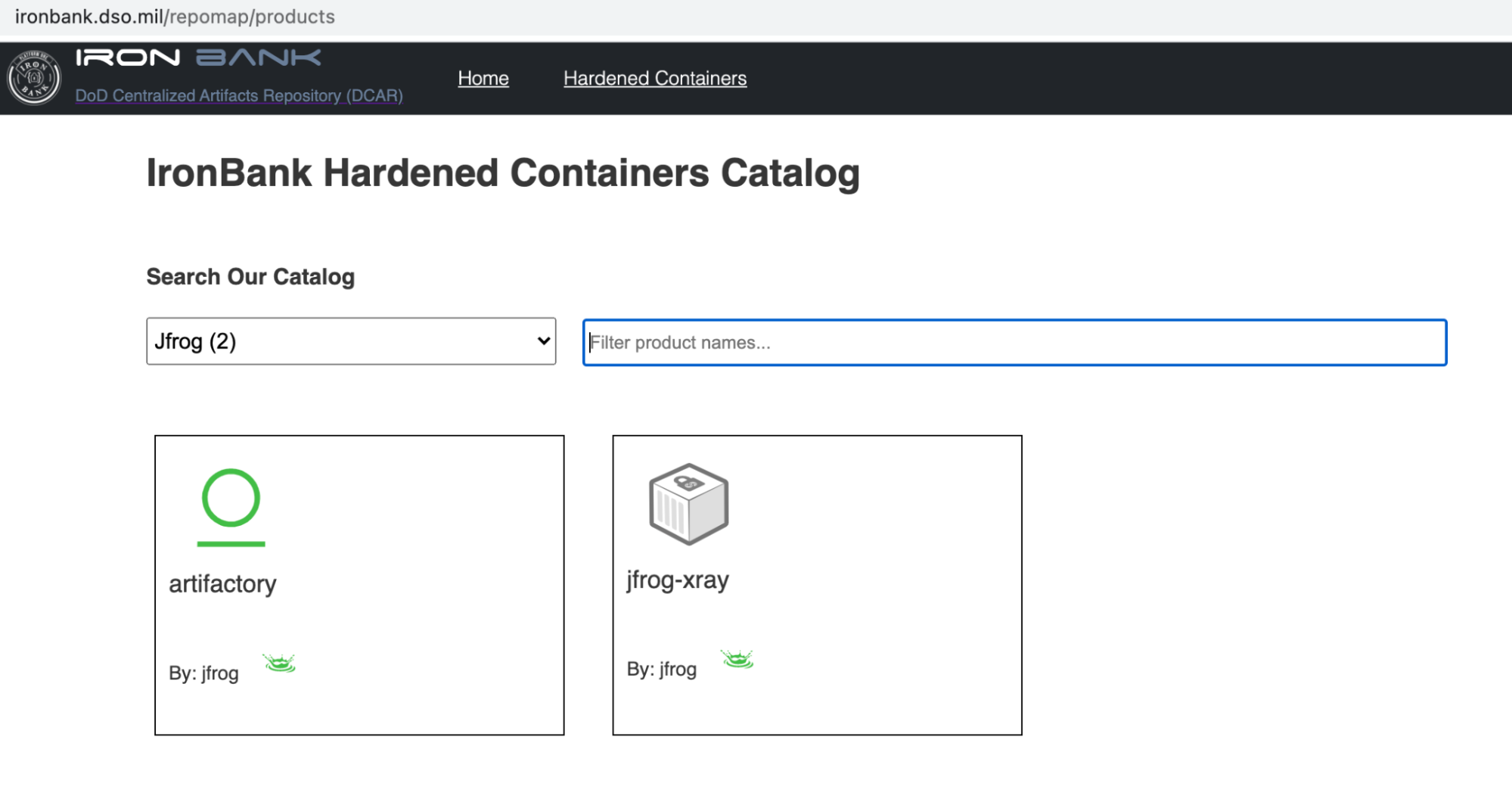 Now that Artifactory (both the open source and commercial versions) and Xray are Iron Bank-approved, these container images can be downloaded from the Iron Bank registry and can be hosted on any supported and approved Kubernetes distribution by the DoD.

This certification enables JFrog customers — both federal and commercial — to deploy and operate Artifactory- and Xray-hardened containers in production in secured networks, including air-gapped ones.

JFrog continues to invest in its platform by committing to continuous Iron Bank certification. This enables JFrog customers to deploy and operate secured Artifactory and Xray container images in secured environments.

In our next blog post about this topic, we’ll explore how the JFrog Platform helps address the DoD’s DevSecOps Reference Design.

Interested in learning more about the Iron Bank accreditation of Artifactory and Xray? Join us for our webinar “Aligning to the DoD Enterprise DevSecOps Reference Design” on Oct. 26 at 11 a.m. PT / 2 p.m. ET.